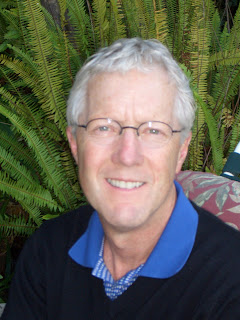 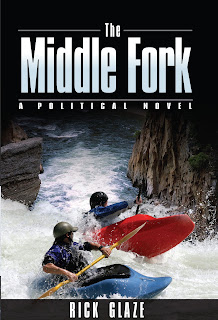 On Wednesday, June 3rd at 7pm we'll welcome Rick Glaze, author of The Middle Fork, A Political Novel, to the store to kick off our June Author Series. I sat down with Mr. Glaze to ask him a little about the writer's life, and his inspiration.


How did you get started writing?
I started writing financial articles for the local papers more than 20 years ago. A decade back, I became a columnist for the Los Altos Town Crier, and this year for the Nob Hill Gazette in . Five years ago, I went on a trip to and started writing a kind of impressionistic, fictitious travel journal, part of which appears in The Middle Fork as dreams of the narrator, Jonathan. That fall I headed over to to start 2 years of study in the Creative Writing Program. A few short stories followed and then The Middle Fork emerged.

Where did you get the idea for The Middle Fork?
Everybody brings a little bit of themselves on these trips, biases, anxieties and prejudices. Politics has become contentious and personal and many people are very stuck on their ideologies. Dan Brown elicited huge emotions about religion in his book, The Da Vinci Code. The same intense feelings float down a swollen river in my story as politics.

What’s your writing process like?
I wrote The Middle Fork very fast to get the flow of the river and the story on paper. That process makes the action and the dialogue very snappy, or, as a reviewer called it, “well paced.” The first draft was finished in 6 months, mostly from nights and weekends, but the rewrites took two more years. During that process I took several kayaking trips, for research, down the , and the Rogue. The last rapid in the book is actually one on the in . I work-shopped the early drafts at Stanford under the working title, The Purple River.