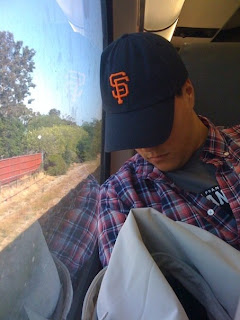 Hello readers! A few months ago, our store created a new wall display featuring each of our store's bookselling staff! Meet Anthony! For the month of September, his "Bookseller Wall" displays a large smattering of his favorite reading titles! Want to get to know him a bit more? You should!

" As the youngest of four children being raised by a single parent, I spent many days of my childhood alone, but I was never lonely. I had books, and books had me.

It began as a shallow flirtation with Garfield the Cat and Charlie Brown but grew into a passionate affair with Huckleberry Finn, Tom Sawyer and the Hardy Boys. They were with me in my backyard behind the tall grass where no one would find us, and I traveled with them on every adventure I could get my hands on.

Reading opened the world to me. When you read a book, you can go places you've never gone, see things you've never seen, meet people you would otherwise never get the chance to meet. Books can connect with people in a way no other form of media can. They take us into the hearts and souls of characters whom we both love and hate.

These days, I have been spotted reading "boring" non-fiction and, on occasion, an engrossing work of fiction.

Here are some of his favorite reading titles... 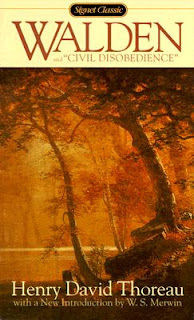 One of the great books of American letters and a masterpiece of reflective philosophizing. Accounts of Thoreau's daily life on the shores of Walden Pond outside Concord, Massachusetts, are interwoven with musings on the virtues of self-reliance and individual freedom, on society, government, and other topics. 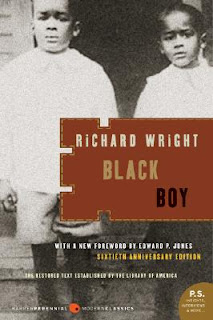 Richard Wright grew up in the woods of Mississippi amid poverty, hunger, fear, and hatred. He lied, stole, and raged at those around him; at six he was a "drunkard," hanging about in taverns. Surly, brutal, cold, suspicious, and self-pitying, he was surrounded on one side by whites who were either indifferent to him, pitying, or cruel, and on the other by blacks who resented anyone trying to rise above the common lot. "Black Boy" is Richard Wright's powerful account of his journey from innocence to experience in the Jim Crow South. It is at once an unashamed confession and a profound indictment--a poignant and disturbing record of social injustice and human suffering. 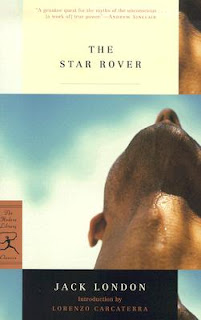 The Star Rover by Jack London

"The Star Rover is the story of San Quentin death-row inmate Darrell Standing, who escapes the horror of prison life--and long stretches in a straitjacket--by withdrawing into vivid dreams of past lives, including incarnations as a French nobleman and an Englishman in medieval Korea. Based on the life and imprisonment of Jack London's friend Ed Morrell, this is one of the author's most complex and original works. As Lorenzo Carcaterra argues in his Introduction, "The Star Rover is "written with energy and force, brilliantly marching between the netherworlds of brutality and beauty." This Modern Library Paperback Classic is set from the text of the first American edition, published in 1915. 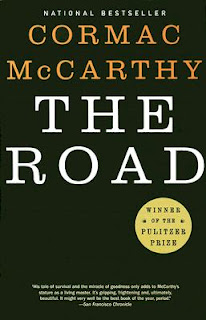 The Road by Cormac McCarthy

A searing, postapocalyptic novel destined to become Cormac McCarthy's masterpiece. A father and his son walk alone through burned America. Nothing moves in the ravaged landscape save the ash on the wind. It is cold enough to crack stones, and when the snow falls it is gray. The sky is dark. Their destination is the coast, although they don't know what, if anything, awaits them there. They have nothing; just a pistol to defend themselves against the lawless bands that stalk the road, the clothes they are wearing, a cart of scavenged food--and each other. "The Road" is the profoundly moving story of a journey. It boldly imagines a future in which no hope remains, but in which the father and his son, "each the other's world entire," are sustained by love. Awesome in the totality of its vision, it is an unflinching meditation on the worst and the best that we are capable of: ultimate destructiveness, desperate tenacity, and the tenderness that keeps two people alive in the face of total devastation.

The titles listed above are just a tiny glimpse into the type of literature that Anthony has fallen in love with as a dedicated book connoisseur! Want to see more? Drop by the store anytime to browse though his featured wall of personal picks! You'll love what you see!

Stay tuned every month for a bio on each of our featured booksellers!

Posted by Books Inc. Palo Alto at 7:19 PM No comments:

Vampires, Zombies & Things that go bump in the night! 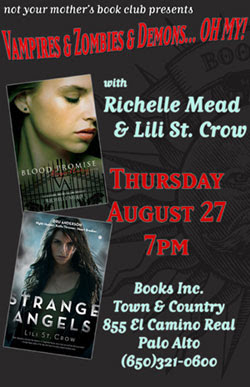 Not You Mothers Book Club will be hosting a fabulous YA author panel next Thursday night, August 27th at 7pm right here in Palo Alto! Meet two new highly prolific YA authors, Richelle Mead & Lili St. Crow as they gab about their newest vampire & zombie titles! Join NYMBC hosts, Shannon & Jennifer as they party it up with raffle prizes, food & a wide assortment of teenage mischief!

For more information about NYMBC events, check out their website at www.notyourmothersbookclub.com 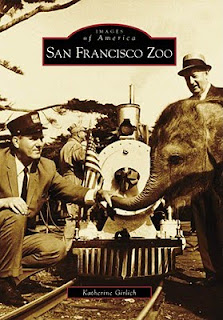 With my two nephews in tow, I recently journeyed to the fantastic San Fransisco Zoo & decided to pick up the zoo's new historic piece of literature, San Fransisco Zoo by Katherine Girlich. Chronicling nearly 80 years of history since it's prestigious grand opening in 1929, this beautiful full spread of sepia photographs detailing park construction & the building of it's noteworthy animal habitats has become my favorite piece of tourist memorabilia! Did you know that the original park had a "Elephant" shaped train that ran for around .30 a person instead of the "Little Puffer" miniature steam train that runs there today? Or that the zoo was originally created as an adult play field & massive pool for San Fransisco residents designed by renowned businessman Herbert Fleishhacker before it was turned into a wildlife conservatory? No? Then you will love delving into the fascinating bits of history that grace the pages of this historical little gem like scenes from an old fashioned movie! I certainly do! 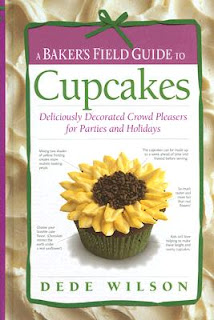 My baking extraordinaire co-worker, Jane just recommended me one of her favorite guides to baking. Not just any & all forms of baking either. This baking is all about the mastering of cupcakes! Like her, I've recently been exploring my love for baking & decorating cupcakes & I must confess, this is the BEST cupcake book I've run across thus far! With detailed, easy to comprehend information ranging from Ingredient suggestions to Frosting recipes (Cream Cheese frosting is my favorite!) to full on decorating styles for every type of occasion you can think of, A Bakers Field Guide To Cupcakes by Dede Wilson is perfect for both beginner and experienced bakers alike! Feeling adventurous? Try the Lemon Meringue Cupcake recipe on page #56. Your tummy will thank you! 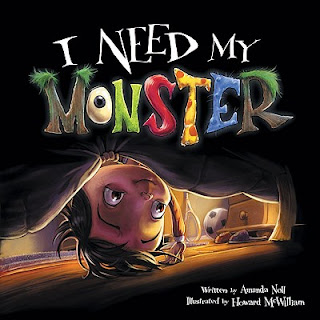 Whenever I host my store's weekly story time, I always try to pick out a group of themed picture books that would appeal to my toddler aged audience. So when this new picture book, I Need My Monster by Amanda Noll caught my eye a few weeks ago, I knew that I had to do a monster themed book reading! I truly ADORE this picture book! Why? Because this little boy is not your typical scared-of-the-dark kind of kid. In fact, you might be surprised with how very UNAFRAID of anything he is, including monsters! With hilarious illustrations & a charming cast of would be monsters, this is one of those rare picture books that I will treasure for a very, very long time! What's under your bed?