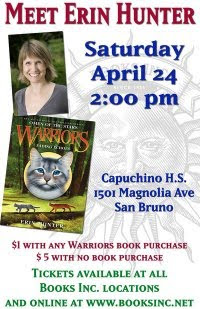 Bestselling author, Erin Hunter is coming to the area!

To attend this highly anticipated event, you can purchase event tickets at any Books Inc. location!

Tickets are $1 with any WARRIORS or SEEKERS book purchase

$5 with no book purchase

So come and get them fans! It's going to a FANTASTIC event!
Posted by Books Inc. Palo Alto at 4:21 PM No comments: 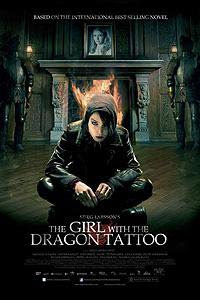 We have tickets! We have tickets! Book Inc. Palo Alto has a very limited number of FREE passes to see the upcoming movie, "THE GIRL WITH THE DRAGON TATTOO," in theaters March 19th! Passes admits two free admissions Monday-Thursday at Aquarius Theatre in Palo Alto during the film's entire run of engagement! This ticket however does not guarantee you a seat. Seating is on a first-come first-served basis! So come and get them while supplies last! Please ask a staff member at the front register!

This is a monumental collection of work from an often overlooked artist. It brings together all of Campbell’s Alec books (with the exception of The Fate of the Artist, currently published by First Second), plus some previously unpublished material. The whopping, 638 page tome contains almost 30 years of autobiographical comics. The first books, The King Canute Crowd and Graffiti Kitchen tell the story of a young Alec MacGarry, Eddie Campbell’s alter-ego. We follow his comical adventures while he works a dead-end job, drinks with rowdy friends, and gets involved in various romantic troubles. How to be an Artist shows how Alec becomes a successful cartoonist. This chapter is wonderful history of comic books, and features cameos by numerous creators including Alan Moore and Harvey Kurtzman. The later books, such as The Dance of Lifey Death and After the Snooter deal with Alec’s marriage, the birth of his children, and coping with middle-age. The art style is loose and expressive, but never sloppy or confusing. One of the most fascinating aspects of this book is watching Alec and his cast of recurring characters slowly age. You really get the feeling of knowing these characters. Campbell’s body of work is an exceptional and unique achievement. This book is a must for anyone who appreciates comics as an art form.
--John
Posted by Books Inc. Palo Alto at 3:14 PM No comments:

OUR BAND COULD BE YOUR LIFE by Michael Azerrad

This is a very enjoyable look at American underground rock music in the 1980’s and early 1990’s. While the book tends to focus on hardcore punk and post-punk bands, there are still a wide range of styles represented: Black Flag, Sonic Youth, The Minutemen, Dinosaur Jr., The Replacements, Butthole Surfers, Mudhoney, and many more. The histories of thirteen bands are catalogued, and you get a great feel for the motivations that kept them on the road (and in some cases got them off the road). Despite their musical and philosophical differences, the groups all took full advantage of the freedom granted by recording with a small, independent record labels. Also included are plenty of rock-and-roll antics to make the book fun reading. Check out this book, then check out the music!
--John
Posted by Books Inc. Palo Alto at 12:55 PM No comments:

When Guy Gavriel Kay releases a new book, it's cause for celebration. His new book (coming on April 27th, less than 2 months from now!) Under Heaven, is a jewel. Set in the fictional land of Kitai during the 9th Dynasty (which bears a marked resemblance to Tang Dynasty China), the book open with a man in a high mountain valley (the site of an ancient and not-so-ancient battleground), where he's been for the last 2 years, alone, burying the dead, with only ghosts for company...

This book will have you reading into the wee hours, mesmerized not only by the wondrous tale, but also by Kay's beautiful writing.

It's the END of the WORLD as we know it?! New YA releases!

One of my store's highest selling subjects in the Young Adult genre is Post-Apocalyptic Fiction (no big surprise with all of the Post-Apocalyptic blockbuster movies floating around out there!) Since I myself love delving into the what ifs & maybes of humanity's possible future, I'm very excited about these new & upcoming Young Adult releases! 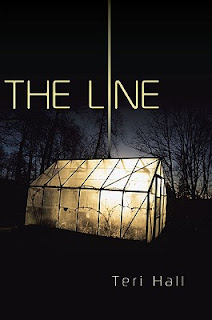 THE LINE by Terri Hall

"An invisible, uncrossable physical barrier encloses the Unified States. The Line is the part of the border that lopped off part of the country, dooming the inhabitants to an unknown fate when the enemy used a banned weapon. It's said that bizarre creatures and super humans live on the other side, in Away. Nobody except tough old Ms. Moore would ever live next to the Line.

Nobody but Rachel and her mother, who went to live there after Rachel's dad died in the last war. It's a safe, quiet life. Until Rachel finds a mysterious recorded message that can only have come from Away. The voice is asking for help.

Who sent the message? Why is her mother so protective? And to what lengths is Rachel willing to go in order to do what she thinks is right?"

OUT IN STORES NOW! 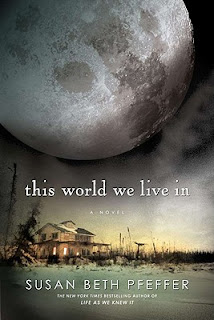 THIS WORLD WE LIVE IN by Susan Beth Pfeffer

"It's been a year since a meteor collided with the moon, catastrophically altering the earth’s climate. For Miranda Evans life as she knew it no longer exists. Her friends and neighbors are dead, the landscape is frozen, and food is increasingly scarce. The struggle to survive intensifies when Miranda’s father and stepmother arrive with a baby and three strangers in tow. One of the newcomers is Alex Morales, and as Miranda’s complicated feelings for him turn to love, his plans for his future thwart their relationship. Then a devastating tornado hits the town of Howell, and Miranda makes a decision that will change their lives forever."

OUT IN STORES NOW! 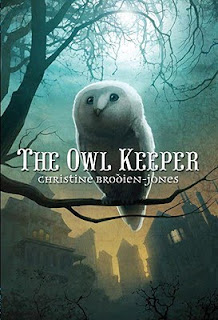 THE OWL KEEPER by Christine Brodien-Jones

"Maxwell Unger has always loved the night. He used to do brave things like go tramping through the forest with his gran after dark. He loved the stories she told him about the world before the Destruction—about nature, and books, and the silver owls. His favorite story, though, was about the Owl Keeper.

According to Max’s gran, in times of darkness the Owl Keeper would appear to unite owls and sages against the powers of the dark. Gran is gone now, and so are her stories of how the world used to be. Max is no longer brave. The forest is dangerous, the books Gran had saved have been destroyed, and the silver owls are extinct. At least that’s what the High Echelon says. But Max knows better.

Maxwell Unger has a secret. And when a mysterious girl comes to town, he might just have to start being brave again.

The time of the Owl Keeper, Gran would say, is coming soon."

I can't WAIT to get my hands on these fascinating new titles! Can you?

Posted by Books Inc. Palo Alto at 6:18 PM No comments:

Books Inc. has been written up in the San Fransisco Chronicle! With an outstanding interview with our company owners, Michael & Margie Scott Tucker, this is the reason why independent bookstores are here to stay! Thank you Michael & Margie!

ChAngels! Changing the world one Pajama at a time! 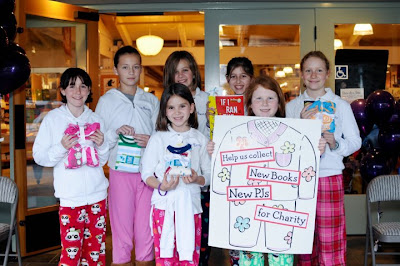 On Friday February 5th, Book Inc. joined together with M Magazine & a local mother-daughter group, ChAngels to host a "Pajama Party" to collect Pajamas & books for needy children in our community! Not only did we make a FANTASTIC group of new friends but we also helped ChAngels collect over 100 PJ's, 80 books & a $500 donation courtesy of our store! Keep on going ChAngels! You are changing the world, one pajama at a time!

M Magazine, a literary magazine published specifically for moms, is on Facebook! Click here to see their profile!