Tim Winton: One of my Favorite authors 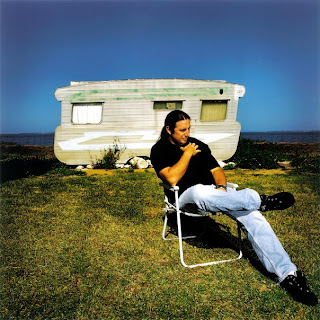 A few years back, during a trip to Australia, I picked up a novel called Cloudstreet, by Tim Winton in a bookshop in Brisbane. Right away, I was completely enthralled by this sprawling family saga. I took it everywhere I went, and if I had any kind of a break, I had to open it up.

It tells the story of the chaotic Pickles, a working-class family touched by tragedy. To make ends meet they take on the pious, and super industrious Lamb family as lodgers in their over-sized house on Cloudstreet. The sparks begin to fly. The prose is really adventurous, but highly readable--at times it has the feel of Magic Realism, but then it swings into a gritty elegance. And Winton knows his characters! We get to look right into their hearts. It's been a while, but I still think about the people in this book.

But really, the great thing about Winton's novels is how he writes about the land. The coast of Western Australia, with its beaches, rivers, sloughs, and outback, is always as central as any character. It's a hard and unforgiving land which transforms its inhabitants. Winton has said, "The place comes first. If the place isn't interesting to me then I can't feel it. I can't feel any people in it. I can't feel what the people are on about or likely to get up to." These stories are all about how the land and the people meet, under the best of circumstances and the worst: how they depend on each other, destroy each other, and defy each other. Some of the most memorable passages in Cloudstreet are about fishing on the Swan River in Perth.

At the end of May, Winton's latest novel is coming out in paperback, which is what brought his books to mind. His latest is called Breath. It was a New York Times Notable Book last year.

Breath is a coming-of-age story, about two friends, Pikelet and Loonie, who will do anything for a thrill. The background is big wave surfing on the west coast of Australia. It's a short, brutal, and amazing book. In the scenes out on the water, I felt like I was there, sliding up and down the waves, with my heart in my throat, being sucked under in the harrowing wipe-outs, my lungs bursting for a breath: that's some viceral writing. This book is a real gem!

If you want to go a little deeper into this great authors list, here's a little bit about the other books of his that I've read:

The Turning is a collection of interlocking short stories all about people making a transition--turning towards, or away, from their past, or their future; discovering their convictions, or sliding back on them. Winton is a master of the novel, but he's really on the game when it comes to the short story.

That Eye, the Sky: It tells the story of young Ort Flack, as he tries to come to grips with the world around him after the death of his father, and his family becomes entangled with that of a religious conman. It's written from a young boys perspective. It's a strange mix of idyllic childhood experiences, such as Ort sailing on an old car hood down a flood creek with his buddy, and a dark unfathomable world blazing from the adults in Ort's life. This is a startling and beautiful book!